Our flagship program in Nepal is run in partnership with the Mira Rai Initiative. The program aims to provide talented young female runners in Nepal the opportunity to broaden their horizons, experience different lifestyles, and share their stories and culture with others.

Nepal is modernising rapidly, but it remains a deeply patriarchal society. Life for women is hard, particularly in rural areas, where girls are expected to help rear animals, do house and farmwork and raise siblings from a young age. Despite being illegal, child marriage is common, and as a result many girls leave school early. Very few have the opportunity to study, travel, choose careers and take control of their own destinies.

Our scholarship program supports high-potential young female athletes from Nepal, selected by Mira, giving them the opportunity to focus on athletic training, education and professional development.

The cost to fully support one young woman for one month is approximately US$500.

As part of the program, our athletes have the opportunity to travel and compete in an overseas race. Since ultra running is not yet an officially recognised sport in Nepal, most of the young women in the program will have no experience running longer than half-marathon or marathon distances. Mira’s training program will develop the women’s athletic potential.

As well as race entry, we provide support for:

Since bursting onto the international trail running scene in 2014, Mira’s story has inspired people around the world. Raised in a remote village in Eastern Nepal, Mira left school at 12 to support her family before leaving home to join the Maoist rebels aged just 14. For Mira, this was an opportunity – a chance to train, learn new skills, and break free from the inequality of rural life.

After the end of the insurgency, Mira moved to Kathmandu in search of a brighter future. By chance, she entered a trail running competition, and placed first. She has since raced around the world, winning many prestigious events and even being named National Geographic Adventurer of the Year.

Following an injury in early 2016, Mira has focussed her efforts on developing a new generation of athletes in Nepal, giving them the opportunities she feels so lucky to have had. For more information on the Mira Rai Initiative, please visit their Facebook page: 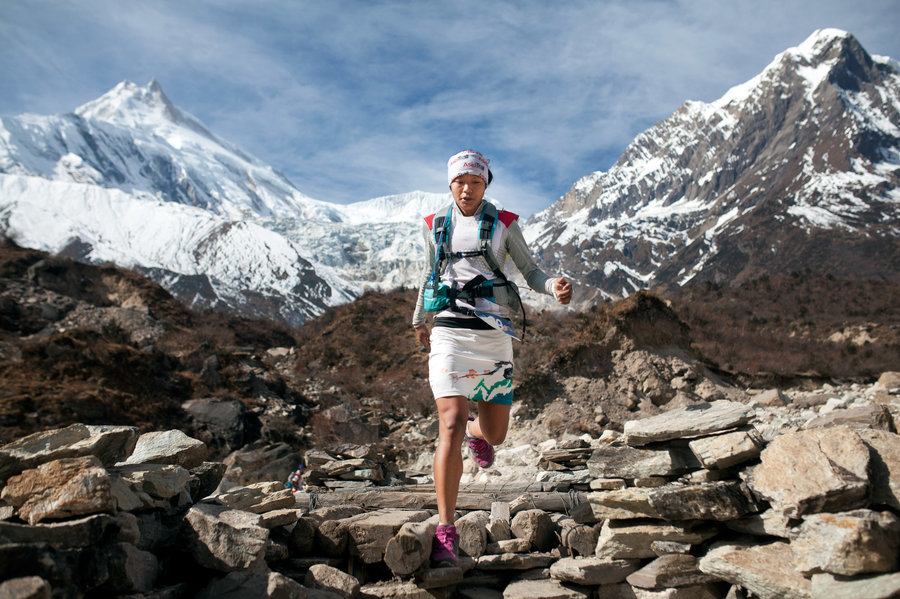 As Mira herself says, there are countless Mira Rais in Nepal – women who dream of doing something more with their lives, but lack the means or opportunity to do so. This program may be a small step, but it will help to change the lives of the women involved, and hopefully inspire a new generation of Nepali women to follow their dreams.