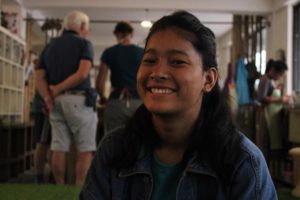 Khendo is from a small village called Bothang in central Nepal, near the holy lakes of Panch Pokhari. As her mother worked abroad, she grew up with her grandparents, working on the family farm before going to school. In 2017, she and her sister, Lambutti, moved to Kathmandu to continue their high school education.

Khendo showed potential as a runner from an early age. She started running trail races in 2017, and has notched up some impressive results including 2nd female at the 2018 Panchase 55km in Pokhara and 3rdfemale at the 2018 Manaslu Trail Race, a 7-day stage race.

Khendo wants to compete in international races, and hopes to improve with training from Exchange & Empower’s experienced coaches. In the long term, she hopes to join the army. She and her sister hope to develop their home village by organizing running activities in the area, which they describe as backwards but very beautiful. 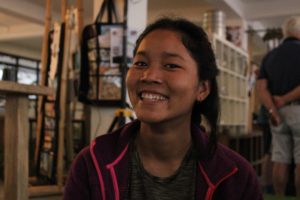 Lambutti, Khendo’s sister, also moved from Bothang to Kathmandu in 2017.Like her sister, Lambutti showed talent in sports from a young age. Since she began trail running she has achieved strong results, including 2 place finishes in the 2018 Pokhara Trail Race and the Manaslu Trail Race.

Lambutti is looking forward to the group training aspect of the Exchange & Empower program, as well as the opportunity to race in new places. As with her sister, she is interested in joining the army later in life, and also guiding foreign groups to visit Nepal. 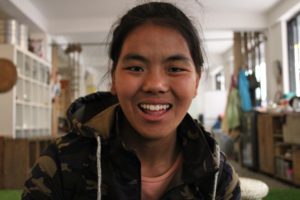 Pasang is from a remote village in eastern Nepal. She is one of seven siblings, and helps her parents work on the family farm growing maize, potatoes and buckwheat.

Pasang loves sports and regularly plays football with the boys in her village, even if her female friends are not particularly interested. She was nominated for the program after she took part in the first ever edition of the Pikey Demba Trail Race, organized by the Okhaldunga Tourism Development Committee. Pasang placed 4thfemale behind Exchange & Empower alumni Humi and Chhoki, who recognized her talent.

Pasang hopes that the program will help her to pursue her dream of a career in sports. 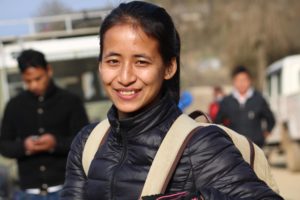 Prativa is from Mira’s hometown, Bhojpur, in the east of Nepal. Her father is a teacher and her mother is a housewife and farmer.When they were growing up, Prativa’s mother ran a small guest house to help support her and her siblings’ education.

Prativa’s introduction to sports came through boxing. She began running as part of her fitness training, and competed for the first time at the Bhojpur Trail Race organized by Mira and Trail Running Nepal. She finished 2nd female in both 2018 and 2019.

Prativa hopes to become a fitness trainer or running coach, and looks forward to trying her best at international races. She is also interested in doing social work and has previously helped to arrange sports activities in Bhojpur. She wants to raise awareness of environmental issues in the community. 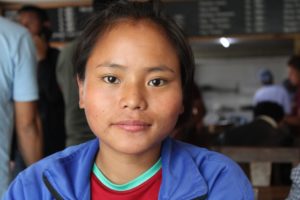 Priya is from Khotang in eastern Nepal, not far from Bhojpur. Her parents both make a living from farming. When she was growing up in the village, she felt constrained, as only the boys were allowed to go out and play. She moved to Kathmandu to study high school, where she feels more free to participate in sports.

Priya used to practice taekwondo, but an injury forced her to give up her martial arts training. She was inspired by Mira to take up running, and won the Bhojpur Trail Race in early 2019.

Priya sees a future for herself in running, and she is interested in coaching youths and organizing races. She hopes to hold a race in her village, which she says is beautiful with a lot of trails.